Update on the clipping page, scroll down and find projectfiles for the Sweet Feets Distortion.

On a Uni-Tron 5 find it here 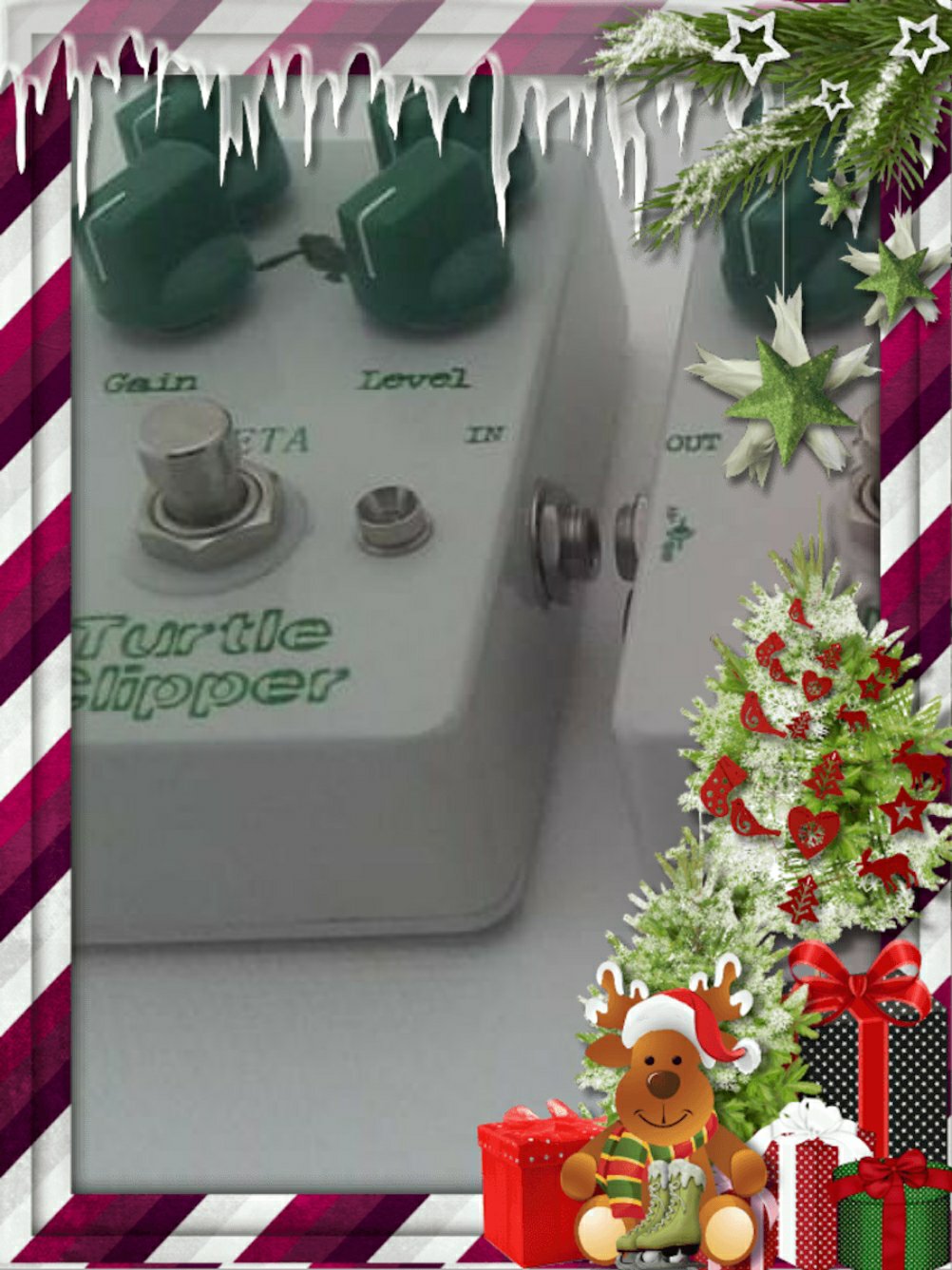 Finally found the time to finish this phaser. Replaced the electrolytics,  adjusted bias for the fets and it sounds as good as new. I really like the off board wiring done to it. Shielded wires for everything in the signal path.

The opamps have sanded but they are all seem to be LM1458:s.

The bypass switch is a nice, non-clickinging type. Never encountered them before. It’s not wired for true bypass.

The pedal works of a 9VDC battery but also have a DC jack, though the circuit uses +/- 4,5VDC from the power source so it can’t be daisy chained.

It struck me during a recapping of an early -80: s effect pedal. Sizes has shrunk on the electrolytic capacitors throughout the years. 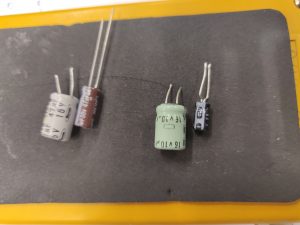 Pretty rare piece I got in for repair. An Univox Uni-tron 5, a clone on the famous Mu-Tron III. 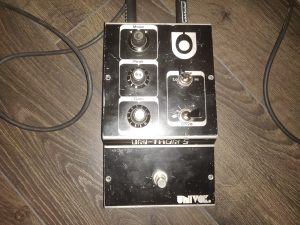 The “Uni-Tron 5” was a copy of the Mu-Tron III, sold by Unicord. It was a time when Japan was copying US designs. Unicord was the precursor to Korg. We at Mu-Tron approached the president of Unicord, who acknowledged their product infringed our patents, and paid us a royalty. However, they only made about 500 units total. I have one in my collection too. The circuitry is a direct copy of the Mu-Tron IIIcircuit diagram, though the units don’t always sound quite the same.

The pedal was in a no working condition, it had been modified and also attempts was made to repair it. Here’s a picture of the homemade power supply that came with it, two 9VDC adapters connected for a +/- 9VDC supply. 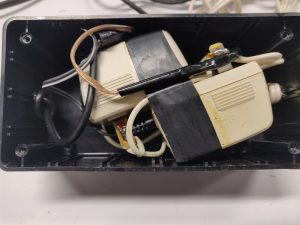 First thing I decided to remove all the modifications restoring it back to its original state, removing the power supply connector, the potentiometer inside the chassis and restoring the off board wiring. I guess the pot on the inside was an attempt to attenuate the volume boost. 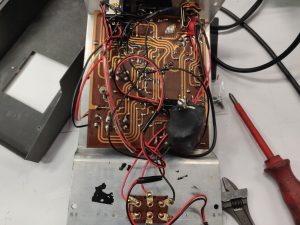 I tried firing it up after restoring it back to its original but it did not do what it’s meant to. The filters kind of went on and off with no slope and only with the gain pot turned up way to high. I found that it was the precision rectifier opamp A5 (looking at the Mu-tron schematic) that was faulty and the envelope capacitor C8.

Here it is in its working state

Now, earlier in my post I quoted Mike Beigel from Musitronics, he said “The circuitry is a direct copy of the Mu-Tron IIIcircuit diagram”  Let’s take a look at my findings. 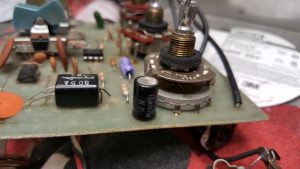 Here’s the module in the Uni-Tron 5, it got its own module no markings on it. 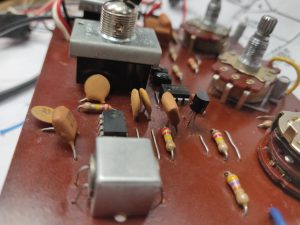 Here’s a picture of the precision rectifier/led driver A5/A6, seen at the right of the transistor. Now that transistor is not to be found in the  Mu-Tron III schematic. 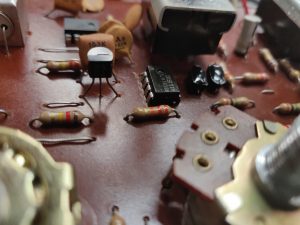 Actually it’s a NPN emitter follower connected to the output of opamp A6 driving the opto electronic module. Here’s the schematic for it. 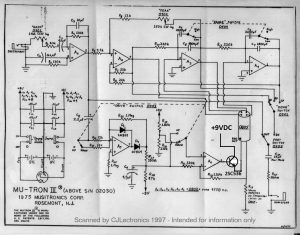 Other than that I’ve found no difference.